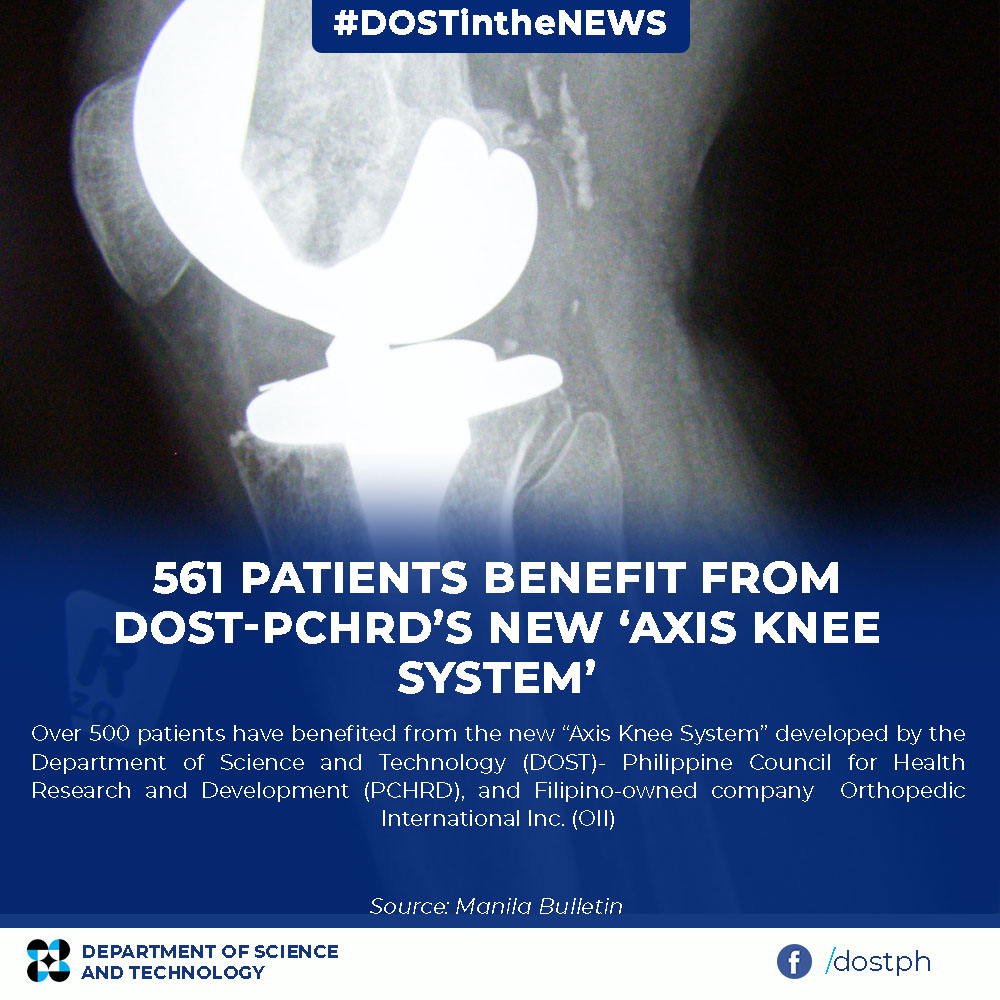 Over 500 patients have benefited from the new “Axis Knee System” developed by the Department of Science and Technology (DOST)- Philippine Council for Health Research and Development (PCHRD), and Filipino-owned company  Orthopedic International Inc. (OII)

“As of January 2021, the DOST-PCHRD reports that 755 implants were already used in 561 patients, with the total knee replacement operations using Axis performed in 106 hospitals all over the country,” he said.

He noted that a total of 276 doctors have been trained on how to use the system, which is a product of a research and development partnership between the DOST-PCHRD and OII.  Based in Cabuyao, Laguna, OII engages in the development and production of orthopedic implants.

Dela Pena explained that “the Axis Knee System is a total knee replacement system that is suitable for the Asian Knee.”

“The system has  passed the same stringent quality standards as the imported implants, but is cheaper than its imported counterparts by 50 to 60 percent,” he said.

He cited that the technology has been patented not only in the Philippines, but also in the United States, European Union, and Hongkong.

“It is waiting for patent approval in Japan, South Korea, and China,” dela Peña said.

We are now accepting entries to the 2021 Regional Health Research Competition
Please click the link for more details:
https://drive.google.com/…/1A3eD8i3wccynHR6AIcZTwB…
For more questions and clarifications, please contact us through
email: normincohrd@region10.dost.gov.ph
Send your entries now!